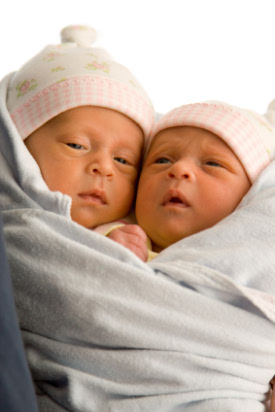 Infants and young children suffer the highest mortality of any group from child abuse with 43% of victims under age 1 and 75% under age 4. Their physical vulnerability results in the highest morbidity rates from abuse, as well. Injuries are more likely to be serious and to result in physical and mental disabilities that can last a lifetime.

Abusive Head Trauma is the leading cause of child abuse deaths in infants and shaking or impact injuries are the most frequent types of injuries resulting in these deaths. One-third of victims of Shaken Baby Syndrome (SBS) die and 1/3 suffer serious, permanent disabilities. Long term follow-up of the remaining survivors confirms that 1 of 4 who appear to suffer no apparent effects from shaking are diagnosed with learning disabilities or other psychomotor delays after they reached school age.

SBS is under reported, under-detected, and misdiagnosed. While only a few thousand cases are being reported annually by U.S. pediatric hospitals, the Carolina Safe Survey suggests that 2.6% of U.S. children under 2 may be shaken by their caregivers as a form of discipline or as a response to crying. This means that for every child who dies or is admitted to an Intensive Care Unit for SBS, there may be as many as 151 children who are shaken but not identified as such. SBS is also misdiagnosed. Research by pediatrician Dr. Carol Jenny, MD confirms that over one- third of SBS cases are not diagnosed by health providers during the first medical visit after a shaking incident, sadly leading to further injuries and deaths that could be prevented with better education.

SBS Prevention works. SBS cases were reduced by 47% over 5 years in the Western New York State In-Hospital Program for parents of newborns led by pediatric neurologist Dr. Mark Dias, MD. In 2003, MassKids and leaders in Worcester County sought to improve on the Dias approach by developing an improved model that could be standardized, evaluated and replicated. It includes a standardized 1-hour curriculum which has been approved by the Massachusetts Association of Registered Nurses and provides credit hours as an incentive to training. Pre and post tests have documented a statistically significant increase in nurses' knowledge. Nurse evaluations of the training itself consistently rate it 4.7 or higher on a 5 point scale. The training of parents of newborns includes one-on-one instruction by the nurse. Parents view a brief video and receive MassKids' comprehensive brochure about infant crying and soothing and about the dangers of infant shaking.

When surveyed, parents who have been educated about SBS prevention overwhelmingly support training for all parents. Parents surveyed 3 to 4 months after participating in the Massachusetts program remembered the information learned without prompting and reported using the new information about infant crying and infant soothing in caring for their babies. Over two-thirds reported they had shared the information with their child's other caregivers. All support a primary prevention effort directed at all new parents.

Public policy on the issue is steadily increasing. Currently, over a dozen states, including Massachusetts, have passed legislation encouraging SBS prevention education. Also in 2010, a bill calling for a national initiative was filed by Senator Christopher Dodd and Congresswoman Nita Lowey aimed at enhancing Federal efforts on increasing public awareness and education about the risks and dangers associated with SBS.  Clearly, Massachusetts has an opportunity to influence the quality of future legislation in all the states, as well as to support passage of the federal law and implementation of a national SBS prevention initiative.

While more research is needed, there is current agreement in the field that a "3 inoculation strategy" should be implemented now. The first inoculation is the in-hospital education of parents of newborns; the second is the education of parents and caregivers in a wide variety of post-natal and pre-natal settings; and the third focuses on public education and media strategies.

Together we can end this tragic yet preventable form of child abuse!